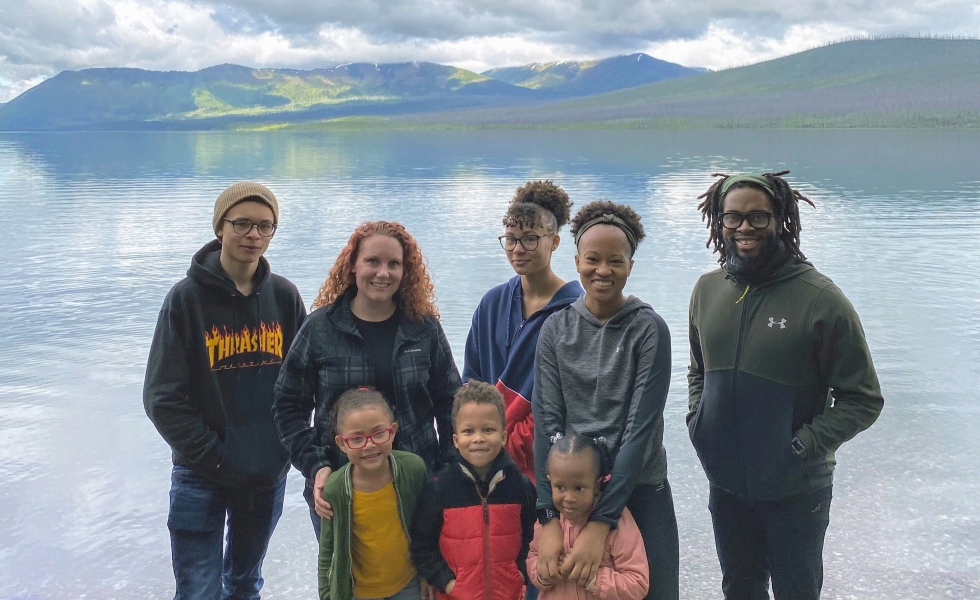 I started writing a blog about this last week and thought I saved it to come back and finish later. And when I came back later that day, there was nothing here. It irritated me so badly, it took me a week to get back to writing this. lol. Anyway, about Montana… Al and I had been planning to go see my sister, nieces and nephew in Montana for a while and we were itching to get out of the house, so when the kids got released from school 2 weeks early, we left the next day.

We are not about being on planes right now, because Covid, so we decided to drive. People seemed to be perplexed about how we could be in the car so long, and were also thinking the kids would hate it. And I just thought… my kids are great and road trips are fun. This is going to be wonderful. And it was. lol. Alvin and Zoe were more chill than I expected. They looked for cows, sheep, deer and whatever other animals are in farms or dangerously hanging out on the side of the road. They talked to us, played with each other, asked a whole lot of questions, and we gave them their tablets somewhere between 4 and 5 to finish the last couple of hours driving. The trip was 33 hours, so it took us 3 days to drive there and 3 days to drive back. The kids were only a bit obnoxious like the last 6 hours back to DC, but that could have very well just been me being sick of driving or the fact that I was extremely hungry and unsatisfied with our road food. Either way, the kids were wonderful.

We originally planned to stay in Chicago and Minneapolis and explore the city but a few days before we left, George Floyd was murdered and there were protests everywhere. We ended up having to drive around the big cities because some of the protests had turned to riots. That only happened on the way there though; the way back was smooth sailing. It was also nice to find out that the drive to Chicago is really easy so whenever Covid stops tormenting us, we can take some weekend trips there with the kids. Anyway, aside from avoiding riots, the drive was simple. There was one day where we drove through only North Dakota and Montana, and man I gotta say, North Dakota is the most boring, uneventful state I’ve ever driven through. At one point, we started driving through a bunch of plateaus that were so beautiful, and we thought, ‘oh, we’ve gotten to the pretty part!’ It literally lasted like ten minutes, then we were back to driving through absolutely nothing. lol.

So Montana was really fun. Jackie, Al and I went hiking the day after we got there at Sluice Boxes State Park. It was soooo beautiful. It was weird because when you’re driving on the State Highway Montana looks so bare, but there are beautiful little gems hidden away everywhere. The hike was nuts. The path was only wide enough to fit one person, it was extremely rocky, and it was extremely high with a bunch of rocks and trees underneath you. There was no barrier between you and the edge, so if you slip… that’s it. Apparently someone had just died on the hike a few months before we went. And we came across a group of people who were stuck because someone fell and twisted or broke his ankle. Thankfully, this was past the point where there was only the skinny path so he was fine. But he couldn’t walk so they were just stuck. When we were leaving, we saw the ambulance arriving and I thought, geeze, how are they going to reach him? Anyway, even though it was an insane hike, it was really fun and incredibly beautiful. Here are some pictures:

The next day or two we hung out on base. Being in Montana was so different than being in DC, and not for the obvious reasons of small town vs. city. In DC, people wear masks walking down the street. You see people yelling at other people and acting like irrational psychos if someone is in the store without a mask. No one was going to restaurants, stores weren’t open, we were house-bound (restaurants are open now with social distancing, but not when we went to MT). In Montana, it was basically normal. There was social distancing in restaurants, but people were just going on about their business, not running when you came 10 ft. near them. lol. We went to Target, sports outing stores, out to eat, all of it. They had less than 20 cases in the county we stayed in. And I just thought, man this must be nice. I long for the days when we have less than 20 cases in DC. (SN: I’m not making light of covid by saying people are irrational. I understand that is a big deal, and we need to do everything we can to protect ourselves and others. But we have all been made a bit crazy by this. So. Anyway.)

So that weekend we rented a cabin and stayed at Glacier National Park. It didn’t open until that Monday, and only partially, and it stormed Monday for half the day… Monday we grilled, made smores and played games. One of the days we were there (I think Sunday?) we went to visit this town called White Fish. It was the cutest town, the people were so nice, and they had really good coffee shops. They also had THE BEST view of mountains ever. I could wake up to that view everyday. (You know, for like a summer at a vacation house. I’m sticking with DC for now.) went hiking and visited the lake there. Anyway, here are some pictures from White Fish:

Quick note: I told Zoe to blow on a daffodil, because I am that mom who loves to get cheesy pictures of her children. Alvin said, oh, can I do it, Mom? He proceeded to do it in the most obnoxious way possible, and it is my favorite picture of the entire trip.

Here are some pictures of us hanging out at the cabin, grilling, celebrating my nephew’s 16th birthday and the kids being cute and gross and playing with mud:

Tuesday we were able to head out to Glacier for a little while before we drove back to my sister’s house. We didn’t actually go hiking, but we drove down Going-to-the-Sun road for the view and stopped and took lots of pictures.

It was such a beautiful park, and the camping grounds were so nice. We are looking forward to going back when the park is fully opened. Al wants to rent a lot and stay in a tent the next time, but I don’t fully believe in camping so we’re definitely going to get a cabin. lol. Like.. what do we do if a bear comes by? Or a mountain lion? I don’t understand the appeal. At all. Anyway, on the way back to my sister’s we stopped by the cutest restaurant. The staff was so nice, the food was good and the prices were nothing like DC. Praise be to God. It was called Froggies, and Al, Jackie and I got a free beer because of their military service. I received one by association. lol.

The next morning, we drove back home. We were going to take an alternate route and drive through South Dakota to see Mt. Rushmore and Badlands, but it added just enough time to our trip that we’d have to make our trip an extra day, and we didn’t have time for it. The next time we go, we’ll definitely go the longer way and hopefully be able to stop in Chicago and Minneapolis. I’m really glad we were able to get out of the city for a while, see our family and give the kids a break from being stuck in the house. It was so good to see everyone and enjoy nature. Looking forward to the next trip, hopefully to Texas!

4 Comments on “Road Trip to Montana” 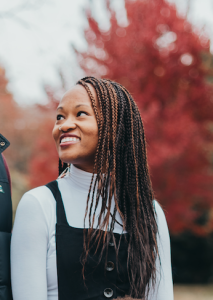